Book Vs. Movie: The Maze Runner 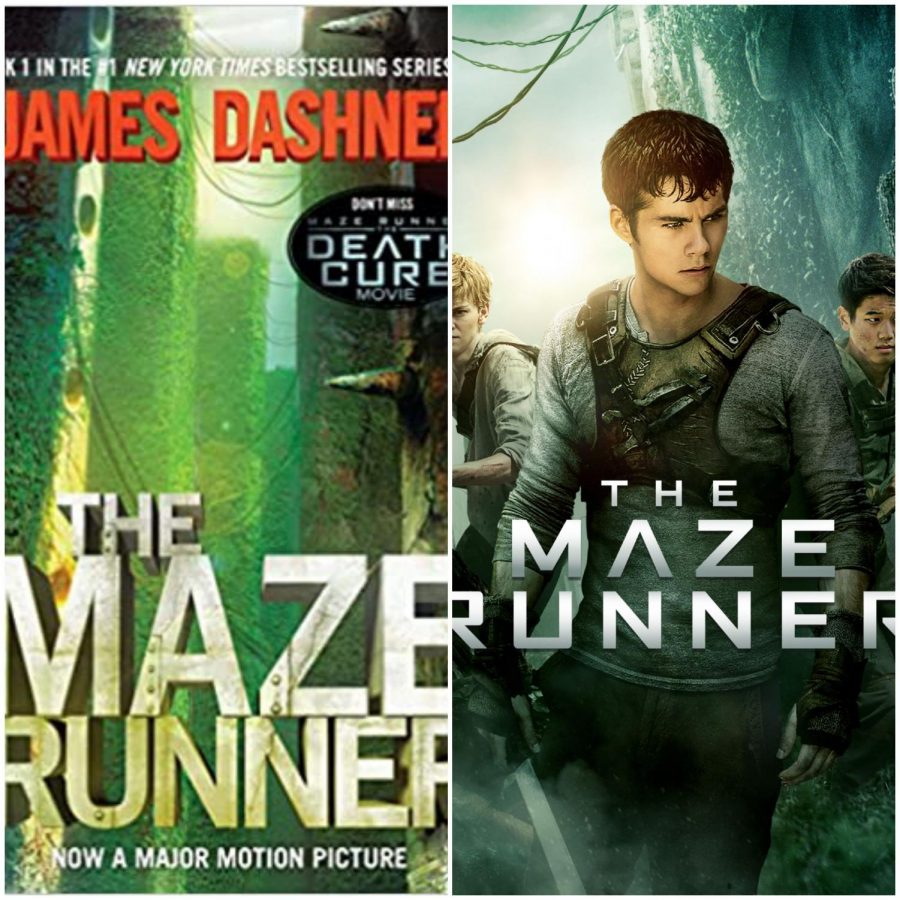 Many successful books are turned into movies, but how many of the movies can actually compare to the books? Most people would say the book is always better, which I happen to agree with, but some movies do manage to portray the books well. There are many ways to evaluate how good the movie is, such as accuracy, casting, and visuals. For the movie to be as good as the book, it needs to be accurate. Understandably, some scenes need to be shortened or completely cut out to save screen time, but oftentimes too many scenes are cut out. Those who watched the movie but didn’t read the books might not feel as connected to the characters or world due to certain details being left out. Casting is also important, but it can be very tricky. Readers often imagine the characters in their minds, and not all of them would agree on how the characters actually look or act. When casting, the casting directors have to be mindful of who they choose and how accurately they fit the character description. As well as picturing the characters in their minds, readers also imagine how the world or environment looks. The movie must satisfy the reader’s image of the setting, or at least display it in a way that accurately depicts how it is described in the book.

The Maze Runner by James Dashner was published in 2009, and made into a film in 2014. It follows a group of teens that are trapped in a maze and have to figure out a way to escape. They live in the center of the maze, which they call the Glade, and are surrounded by the winding corridors and creatures of the maze. The movie had to find a way to portray the hierarchy of the boys in the Glade, the confusion of Thomas the main character, the danger of the maze, and the mystery of what is truly going on.

One of the differences between the book and the movie is that the Gladers were nicer in the movie, which made Thomas feel accepted much quicker. In the book, no one was friendly to him as soon as he got there. Instead, they made him feel alone by withholding information from him and calling him names. This does happen in the movie, but it progresses much quicker and multiple characters are nice to Thomas right away. This removes some of the suspense and weight of the situation, as well as with Thomas’s character because in the book he was scared and alone. In the movie Thomas almost immediately gains confidence and friends making it more difficult to connect with his character in the film like it was in the book. Another difference between the movie and the book is that the timeline in the film is rushed. Thomas and Minho are able to figure out the maze very soon after Thomas is thrown into the Glade. The movie made it seem too easy, which took away a lot of the suspense and intensity that was present in the book. The film also made the character Teresa seem unimportant, while in the book she played a big part in solving the maze. She spent a long time in a coma in the book, which didn’t happen in the movie. Although there are major differences in the film, it still follows the plot pretty well and makes for a very entertaining movie. In terms of accuracy, I give the Maze Runner movie a 6/10.

When it comes to the setting, the depiction of the Glade, which is where the boys were living, was pretty accurate to the book. It showed their way of life and all of the different places within it. It also depicted the different jobs and hierarchy of the boys. The maze itself was slightly altered in that the patterns in the maze were not the same and some of the areas were new or different from the book. I give the setting a 9/10 because it was beautifully done as well as being quite accurate with few major differences.

Overall, the Maze Runner movie is accurate in terms of plot, however there are some differences, has a great cast, and fantastic imagery. I think the movie is on the better side of film adaptations, as it can be enjoyed by both those who read the book, and those who did not. It stuck to the plot as well as it could while still condensing it to make the movie shorter. The actors were exactly how I imagined they would be and captured the characters perfectly. The depiction of the Glade was well done and the maze was just as riveting and dangerous. Taking all of that into consideration, I would rate the Maze Runner movie an 8/10.