Gandhi: A Warrior Without Weapons 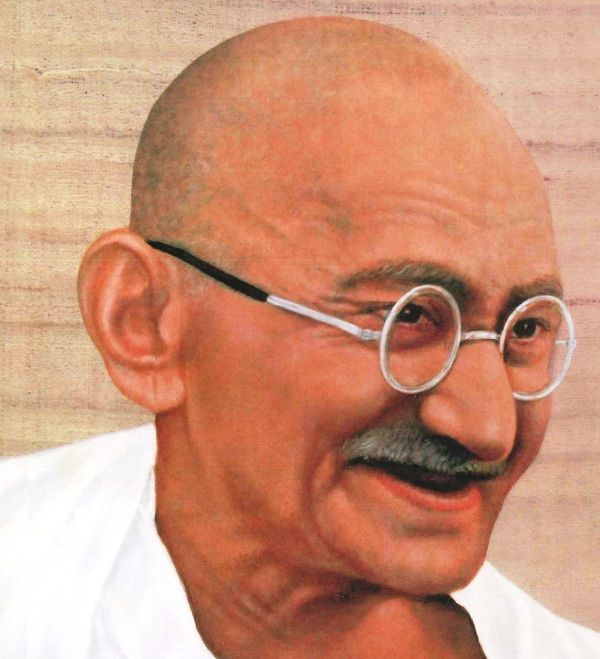 On January 30th, 1948, Gandhi was assassinated in New Dehli by a Hindu fanatic.

Born the son of an Indian official in 1869, Gandhi’s Vaishnava mother was deeply religious and early on exposed her son to Jainism, a morally rigorous Indian religion that advocated nonviolence. Gandhi was an unremarkable student, but in 1888, he was given an opportunity to study law in England, which he eagerly accepted. In 1891, he returned to India, but failed to find regular legal work, so he accepted in 1893 a one-year contract in South Africa. Settling in Natal, South Africa, Gandhi was subjected to racism and South African laws that restricted the rights of Indian laborers.

Gandhi later recalled one such incident, in which he was removed from a first-class railway compartment and thrown off a train, at his moment of revelation. From thereon, he decided to fight injustice and defend his rights as an Indian and a man. But when his contract expired, he spontaneously decided to remain in South Africa and launched a campaign against legislation that would deprive Indians of the right to vote. He formed the Natal Indian Congress and drew international attention to the plight of Indians in South Africa. In 1906, the Transvaal government sought to further restrict the rights of Indians, and Gandhi organized his first campaign of satyagraha, or mass civil disobedience. After seven years of protest, he negotiated a compromise agreement with the South African government.

In 1914, Gandhi returned to India and lived a life of abstinence and spirituality on the periphery of Indian politics. He supported Britain in the First World War but in 1919 launched a new satyagraha in protest of Britain’s mandatory military draft of Indians. Hundreds of thousands answered his call to protest, and by 1920 he was leader of the Indian movement for independence. He reorganized the Indian National Congress as a political force and launched a massive boycott of British goods, services, and institutions in India. Then, in 1922, he abruptly called off the satyagraha when violence erupted. One month later, he was arrested by the British authorities for sedition, found guilty, and imprisoned.

After his release in 1924, he led an extended fast in protest of Hindu-Muslim violence. And then in 1928, he returned to national politics when he demanded dominion status for India. In 1930, he launched a mass protest against the British salt tax, which hurt India’s poor. In his most famous campaign of civil disobedience, Gandhi and his followers marched to the Arabian Sea, where they made their own salt by evaporating sea water. The march, which resulted in the arrest of Gandhi and 60,000 others, earned new international respect and support for the leader and his movement.

In 1931, Gandhi was released to attend the Round Table Conference on India in London as the sole representative of the Indian National Congress. The meeting was a great disappointment, and after his return to India he was again imprisoned. While in jail, he led another fast in protest of the British government’s treatment of the “untouchables”–the impoverished and degraded Indians who occupied the lowest tiers of the caste system. In 1934, he left the Indian Congress Party to work for the economic development of India’s many poor. His protege, Jawaharlal Nehru, was named leader of the party in his place.

With the outbreak of World War II, Gandhi returned to politics and called for Indian cooperation with the British war effort in exchange for independence. Britain refused and sought to divide India by supporting conservative Hindu and Muslim groups. In response, Gandhi launched the “Quit India” movement it 1942, which called for a total British withdrawal. Gandhi and other nationalist leaders were imprisoned until 1944.

In 1945, a new government came to power in Britain, and negotiations for India’s independence began. Gandhi sought a unified India, but the Muslim League, which had grown in influence during the war, disagreed. After protracted talks, Britain agreed to create the two new independent states of India and Pakistan on August 15, 1947. Gandhi was greatly distressed by the partition, and bloody violence soon broke out between Hindus and Muslims in India.

In an effort to end India’s religious strife, he resorted to fasts and visits to the troubled areas. He was on one such vigil in New Delhi when Nathuram Godse, a Hindu extremist who objected to Gandhi’s tolerance for the Muslims, fatally shot him. Known as Mahatma, or “the great soul,” during his lifetime, Gandhi’s persuasive methods of civil disobedience influenced leaders of civil rights movements around the world, especially Martin Luther King Jr. in the United States.