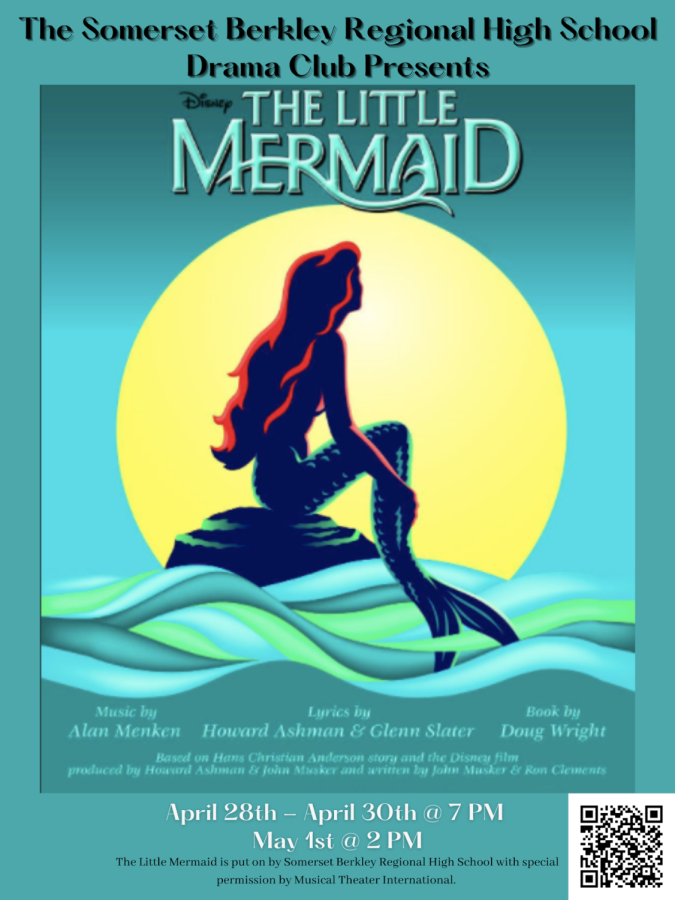 SBRHS’s Drama Club is putting on their production of Disney’s “The Little Mermaid” this weekend! There will be performances in the PAC at 7pm on April 28-30, and at 2pm on May 1. This production is directed by Mr.Young and will feature performances by Kiri Setzer as Ariel, Shawn Simmons as Prince Eric, Maggie Corcoran as Ursula, and many more talented members of the SBRHS community! Several SBRHS band students will be playing in the show’s pit band along with hired professionals, Mrs.Isidoro conducting. Tickets can be bought on the SBRHS Drama Club Ticket Leap or with the following link: https://sbrhs-drama-club.ticketleap.com/the-little-mermaid/. Look out for behind the scenes content on the Breeze instagram (@sbrhs_breeze)!