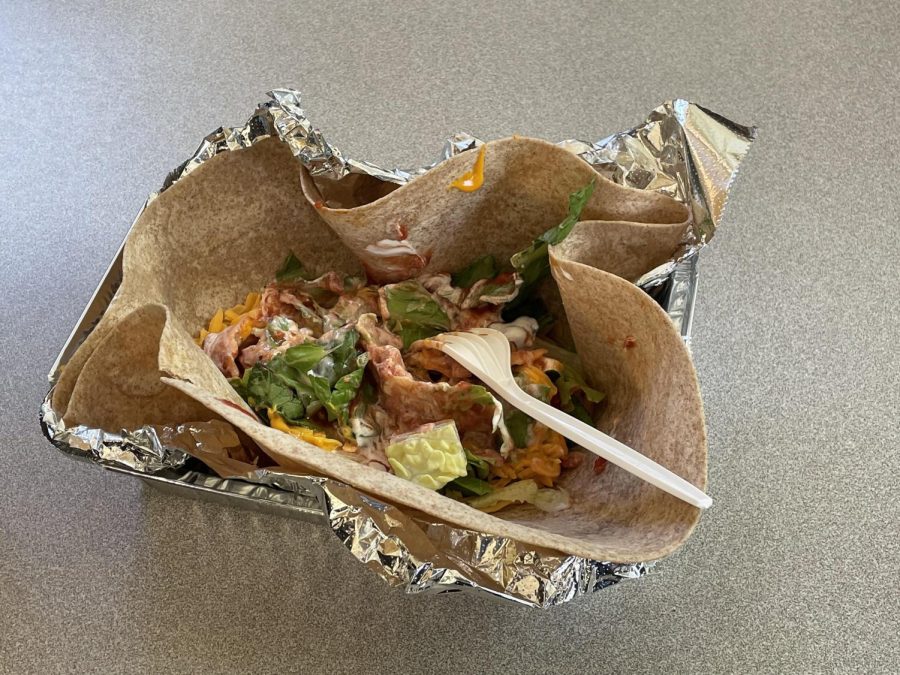 One of the unfolded burritos given out during lunch on March 30th, 2022

On Wednesday March 30th, Somerset Berkley Regional High School students and staff received a rather odd email from administration. The email read, “Just to let you know, there are staff members absent in the lunchroom today which has resulted in the burritos not being folded before you get them. Today, we ask that you do this on your own.” To clarify, the fact that there was a staff shortage and burritos needed to be folded by students was not what made this email so odd. The odd part was that the email had to have been sent out in the first place. It is safe to assume that most people, when handed an unfolded burrito, would have the common sense to fold it themselves without having to be told to do so.

Many students were left wondering what sparked such an email. The email was sent at 11:34 in the morning, when the lunch block had already started at 11:05. Is it possible that there was an incident that occurred during lunch that caused administration to feel the need to send out this mass email to all staff and students? Or did the administration just think that students would need this email in order to understand the fact that they had to fold their own burritos? While students may not necessarily have the answer to this, the topic still proved to be quite humorous and entertaining to all due to the sheer simplicity of the content in the email.

While to most this burrito related email was the source of nothing but a chuckle, some students had more to say. One in particular, who would like to remain anonymous, told The Breeze, “I find it funny that the school sent out an email saying you have to wrap your own burritos as if it is the end of the world for us, yet they also want us to get jobs and be adults and do mature things. They treat us like kids, like, you even have to raise your hand to go to the bathroom or get passes to go places, and now an email about something as obvious as wrapping your own burrito. They need to start treating us as the adults that they want to see us be in the world.” Most students found the humor in the instructions to fold your own burrito, but some saw it in another way and thought that the situation went deeper and most definitely beyond burritos.